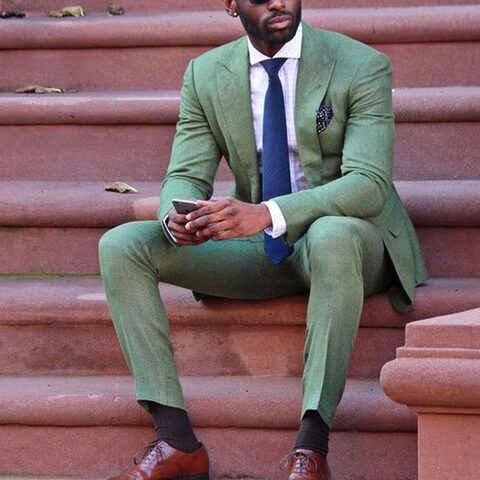 “Anyone can be heroic from time to time, but a gentleman is something you have to be all the time.”—Luigi Pirandello

At first there was Caveman.

He got along fine where the most important skill-set was being able to chase down small animals and club them to death to feed the tribe (and more importantly: impress Cavewoman). Times change. Human society progresses. Fast forward to circa 2016. Today there are choices. Men (mostly) have options to choose who they want to be and how they want to present themselves. Caveman is still an appealing option for many. Metrosexual for others. There are many shades in-between. Isn’t it great?

A Gentleman is one choice. The word itself “gentleman” probably conjures up various meanings to each of us. In fact, in a world where Western music icons offer regular tracks and music videos promoting misogyny and (less than, shall we say, legal behavior), there is a valid argument that the honorable “gentleman” has fallen out of fashion today. Why? Well, first we have to look at what it means to be a gentleman.

Rewind: Circa 1580. Shakespeare’s writing The Taming of the Shrew:

I swear I’ll cuff you if you strike again.

So may you lose your arms: If you strike me, you are no gentleman;

— The Taming of the Shrew, Act II, Scene i

The literary allusion is to the inseparability of having a coat of arms and being a gentleman. Like many English words “gentleman” is derived from Latin (gentilis, meaning belonging to a race or gens, and man meaning, well—man). In its original context, the word referred to one of the lowest rank of the English aristocracy, fitting below an esquire but above a yeoman. The etymology evolved during the huge political and social changes the 19th century wrought—an evolution that can be easily traced in the Encyclopædia Britannica. In the 5th edition of 1815 “a gentleman is one, who without any title, bears a coat of arms, or whose ancestors have been freemen.” By the 8th edition (1856) the term is now “generally accorded to all persons above the rank of common tradesmen when their manners are indicative of a certain amount of refinement and intelligence.”

Today you don’t need a coat of arms on a wall. Or to originate from any social class background. The Collins Online Dictionary defines a gentleman as “a man who is cultured, courteous, and well-educated.” Macmillan Dictionary Online offers a similar definition “a man who is always polite and honest and considers other people’s needs.” Anyone can be a gentleman. If they want to be.

Being a gentleman isn’t some act or performance to turn on or off. A gentleman most of all—is an individual.

A real gentleman achieves his best in terms of: behavior, actions, grooming, fitness, communication, dress, knowledge, skills, habits, attitude, and home and work relationships. We’ll look each of these.

THE HISTORY OF A GENTLEMAN

“Permit me to suggest that you dress neatly and cleanly. A young person who dresses well usually behaves well. Good manners and a pleasant personality, even without a college education, will take you far.”—Cary Grant

The golden years of Hollywood cemented the modern day image of the gentleman. It was a conservative era for sure, with a preoccupation for appearance, and this came together with a collection of clothing that would make up modern male classical dress: suits with single or double-breasted lapels—the precursors to the modern-day business suit—the depression influence brought somber colors, blacks, greys, and dark blues, Oxford University introduced navy blazers as popular summer-wear, two-toned brogue and loafers became go-to shoes and sunglasses first appeared as a fashion item. Gone were long-tailed jackets and frock coats. Men were at last stylish and modern.

Along came fashion icons, such as Fred Astaire, Gary Cooper & Cary Grant—these three men had a certain air of savoir faire. Something their contemporaries lacked.

Fred Astaire—whose great talent was famously and unflatteringly summed by a studio executive at the time as: “Can’t sing. Can’t act. Slightly balding. Can dance a little,” knew his limitations and made up for them with endless perfectionism. Part of this was his dress sense. Astaire preferred wide peaked-lapels on double-breasted jackets, to emphasize the breadth of his torso and the thinness of his waist. Typically, his jackets were without vents, so hugged his hips and he favored high-waist, pleated and cuffed trousers, creating a crisp silhouette and the combination of classic tailoring and easy movement as he danced across stage and screen. He used pocket squares to add flashes of color to dark suits.

Something else that looked good on (his arm) was Ginger Rogers. The couple made a series of films together which made them one of the most romantic (on-screen couples) and solidified his dry, self-effacing gentlemanly manner. As Katharine Hepburn once said, “Fred gave Ginger class, and Ginger gave Fred sex.”

The gentleman knows how to get the girl.

Gary Cooper’s sense of style reflected his youth growing up in a small western town, where he was introduced to bold colors, and textiles of Mexican origin, and also his education in Edwardian England—where he became familiar with tweed patterns and the classic three-piece suit. Cooper’s style was less polished, more subtle and real. In his most famous film High Noon (1952), you’ll see aspects of his dress sense woven into the wardrobe of world-weary Marshall Will Kane. Unlike the rest of the male cast, Cooper’s character sports a penny collar shirt, and in one scene a dark polka dot string tie with a black and grey striped waistcoat. Interesting trivia to note about films of this era—is that the cast often wore their own clothes! Today you’ll see Tom Cruise and Brad Pitt designer-dressed in their films—with clothing by D&G or Armani. The style you see in the films of Cooper, Astaire and Grant is their own. It’s authentic.

Early in his career Cooper suffered a breakdown. He had made ten films in two years. He was mentally and physically exhausted and had lost thirty pounds. Feeling isolated and depressed after his meteoric rise to fame and sudden wealth, he left Hollywood in the spring of 1931 and sailed to Algiers, then to Italy where he lived for a year.

There he met the Countess Dorothy di Frasso who taught him to read Italian and French and showed him how to socialize with Europe’s aristocracy. He toured art galleries and museums, learned all about gastronomy and fine wine, and European culture. He had remade himself, and felt secure enough to return to Hollywood, negotiate a new contract with Paramount Pictures at a salary of four thousand dollars a week with director and script approval.

The gentleman knows how to decide.

Lastly (but not least) let us consider the great Cary Grant—quintessential gentleman, a charismatic icon of timeless elegance and grace. Born in England as Archibald Leach, his upbringing wasn’t exactly normal—with his mother suffering bouts of mental illness. While the boy was at boarding school, his father had her committed to an institution, then told his son she had died while traveling. He would be in his thirties before he’d discover the truth. The father remarried and abandoned his son. It’s only speculation to consider what effect these events had on the young budding actor, but he soon left England—like many others—for the promise of America and changed his name to the more debonair “Cary Grant”; determined to leave Archibald Leach far behind. Grant methodically remade himself. Some might say that he became such a successful actor because he was well versed in pretending to be someone he wasn’t. Grant himself once wrote “I pretended to be somebody I wanted to be, and I finally became that person. Or he became me. Or we met at some point.”

He religious studied contemporary male style icons and learned about fashion. It was the 1940s and military uniforms where everywhere. Grant saw something special. Soldiers always looked sharp. Even disheveled in the field, they still had a raw masculinity—because of the uniform. Grant treated his attire, not as clothing, but as a uniform. Many of the suits he wore were off the shelf from American retailers—the same as everyone else—except his attitude to the suit wasn’t the same. First, he ensured that his clothing fit him flawlessly and was perfectly dry-cleaned, and crisply ironed. Nothing out of place. Whether it was a tuxedo or a pair of jeans with T-shirt, he knew that clothes make the man.

While much has been written about Cary Grant’s style he only wrote once on the topic—a 1962 article published in “This Week”. In it he said: “I believe men’s clothes—like women’s—should attract attention to the best lines of a man’s figure and distract from the worst. In all cases, the most reliable style is in the middle of the road—a thoughtful sensible position in any human behavior. Except perhaps on the freeway—but, even then, the middle lane, providing it’s on your side of the road, usually gets you where you’re going more easily, comfortably, and less disturbingly. And so it should be with clothes. They should be undisturbing, easy and comfortable.

The gentleman proves improvement is not only possible but desirable.

Are there modern-day equivalents? Pehaps. There’s much greater range for men, and although we’re in an age where the definition of “masculinity” and “boyishness” is blurred, all is not lost for this generation.

For example: the man who tops lists of a modern gentleman: George Clooney. Seen by many as the contemporary equivalent to Cary Grant, Clooney has a stylish and polished appearance. Just try finding the average guy who doesn’t want to be as cool, fashionable and loved by women as Clooney.

The art of being a gentleman is not entirely gone.