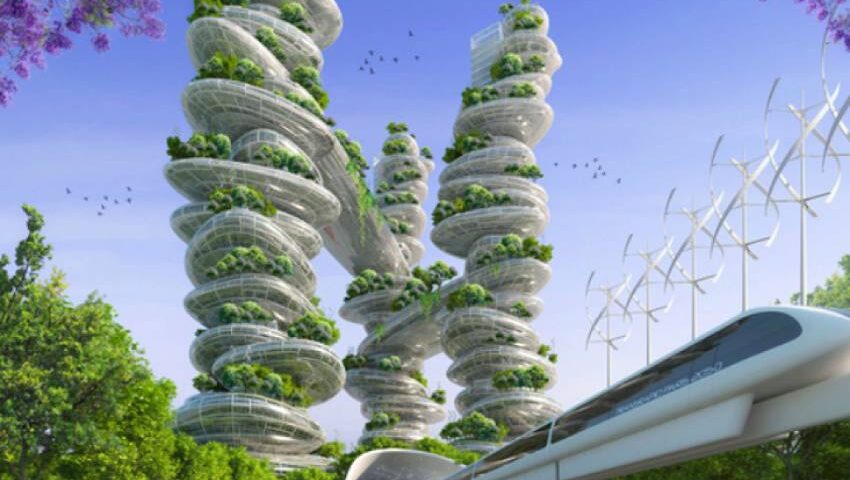 Fujitsu: high-tech R&D innovator known for IT hardware and services.

In a retro-fitted former silicon chip manufacturing facility in the Japanese city of Aizuwakamatsu, a small team of highly trained Fujitsu engineers are hard at work.

They’re developing one of the company’s hottest new products:

Fujitsu produces two and a half to three thousand better-than-organic lettuces each day which sell for 3x the price of a standard lettuce. The main purpose, however, is to showcase “smart” vertical farming technologies.

Fujitsu is just one of several companies bringing smart technology expertise to agriculture. Vertical farming is “growing” all over the world—particularly in Asia.

The world’s population is expected to grow to 9.1 billion by 2050, and feeding all those people will mean a leap in food production. The UN estimates that increase will need to be by as much as 70%.

That’s a challenge when we have only a limited amount of arable land on the planet.

Perhaps the only way is up?

Indoor agriculture isn’t new; there are 3 main types for vertical farmers to choose.

Likewise, there are varying vertical farming models, but the general principle is: start with a tall building. In cities, many abandoned high-rise factories or warehouses have been used by vertical farming startups. On that structure you can create and use renewable energy resources, such as solar power, wind turbines, and rainwater collection.

Layering floors with trays stacked to the ceiling means more crops can be produced compared to the same area of land. Vertical farming literally creates more farmable land out of thin air.

The resulting products are clean, green and require no washing.

Lettuce stays fresh 4x longer and is 80% lower in potassium.

A restaurant and grocery store on the ground level of a vertical farm could bring new meaning to “buy local.”

Vertical farming doesn’t stop at lettuce or in fact vegetables. With smart technology you could grow virtually anything in a building. Imagine skyscrapers filled not only with floor upon floor of veges, but also orchards filled with fruit? Totally possible.

Advantages? There are a myriad

Vertical farming also grows plants faster, in greater qualities, is weather proof and can produce year round crops. A vertical farm can, in theory, be built anywhere to efficiently use urban space.

Food could go from farm to plate quicker, generating a much lower environmental footprint. Transport costs and carbon-dioxide emissions involved with moving produce over long distances would be reduced and fuel costs slashed. There would also be a reduction in product spoilage.

Growing your own greens at home may be the next craze and start-ups are even now, working on it. You may, in the future, be able to get a vertical farm the size of a household refrigerator.

You’ll never get fresher, greener, or have a shorter field to fork time!