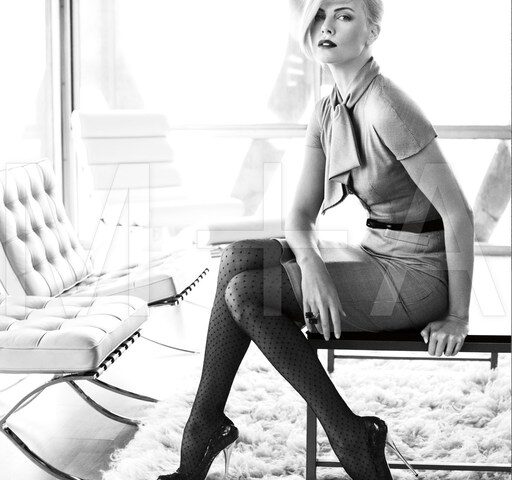 Nip/Tuck was a TV show about Sean and Christian, a duo of plastic surgeons that ran from 2003 to 2010.

In one episode, Christian interviews a potential new doctor named Logan Taper. Following a string of wacko applicants, Logan seems to be perfect. Unmarried. Womanizer. Smart guy to talk to. Normal. The new doctor seems particularly impressed with the furniture in Christian's office. Sean and Logan head to a strip club. Logan makes a point to comment on the furniture.

It’s always been a fantasy of mine to own a Barcelona 3-seater chair/couch.

To set it in a large white room furnished only by this couch, and a steel and glass table. On the wall, one white bookshelf stacked with old books. This would be my perfect room. Then I would know I’ve made “it”. Then I would be happy.

What's illusive about the Barcelona couch and the Michael Mann inspired room isn’t the price tag so much (although the official version retails for about $6000), but simple practicality. With cats bounding on and off furniture, sharp claws always ready to extend and save a mistimed jump, the design chic of the Barcelona chair in an (near) empty room is (likely) going to remain a distant dream.

Mies was a German-born designer and architect commonly regarded as—alongside Walter Gropius, Le Corbusier, and Frank Lloyd Wright—one of the pioneers of modern architecture. Throwing out traditional decorative design, Mies instead bathed in simplicity—unpretentious rectangular-like forms, clean lines, the use of black and white, and the desire to build space beyond and around walls. Basically self-taught, Mies van der Rohe based his architectural design ascetic on philosophical thought, and theoretical ideas such as Constructivism that placed importance on space and rhythm, and art absorbed in industrial production; international modernism closely associated with the Weimar Bauhaus. Founded in 1919 by Gropius, Bauhaus redefined design education as well as design theory, and Mies van der Rohe served as Director from 1931 until closure in 1932.

Along with buildings, Mies also created several iconic examples of modern furniture following these design philosophies, including the Barcelona chair (plus 3-seater), couch, and the Brno chair. These were among the first furniture items that were commonly regarded as “modern”. Furniture of the future. In 1929. And today. 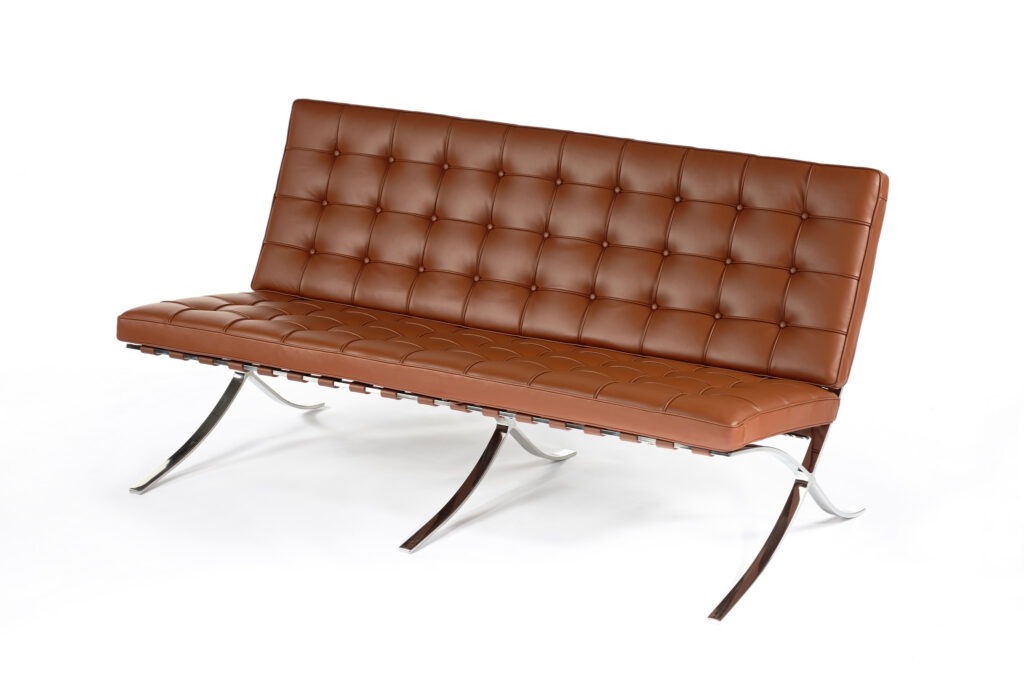 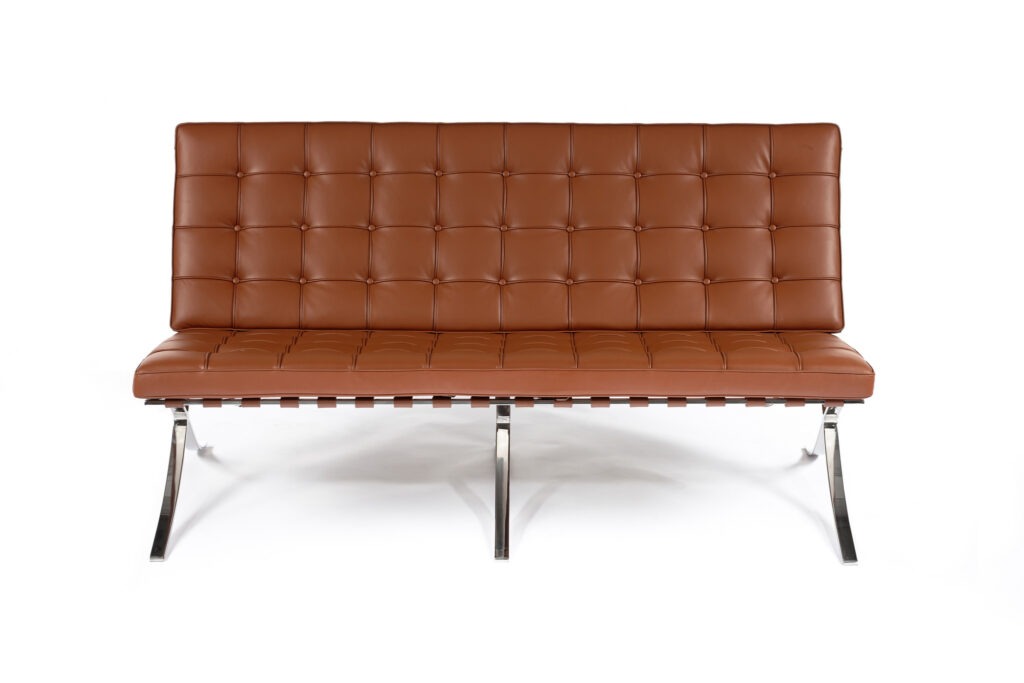 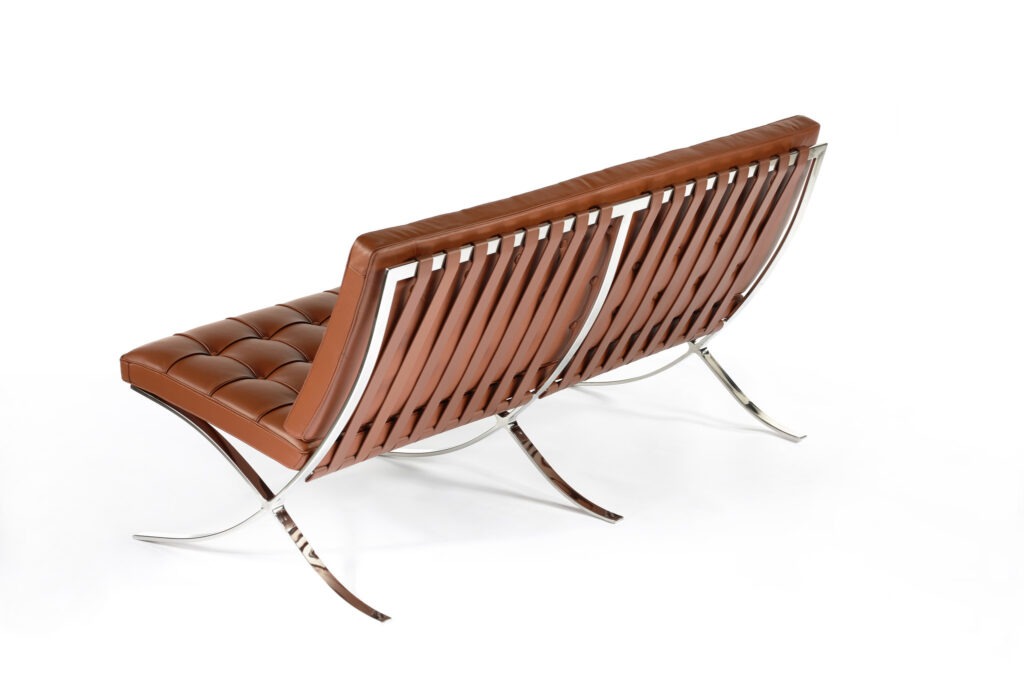 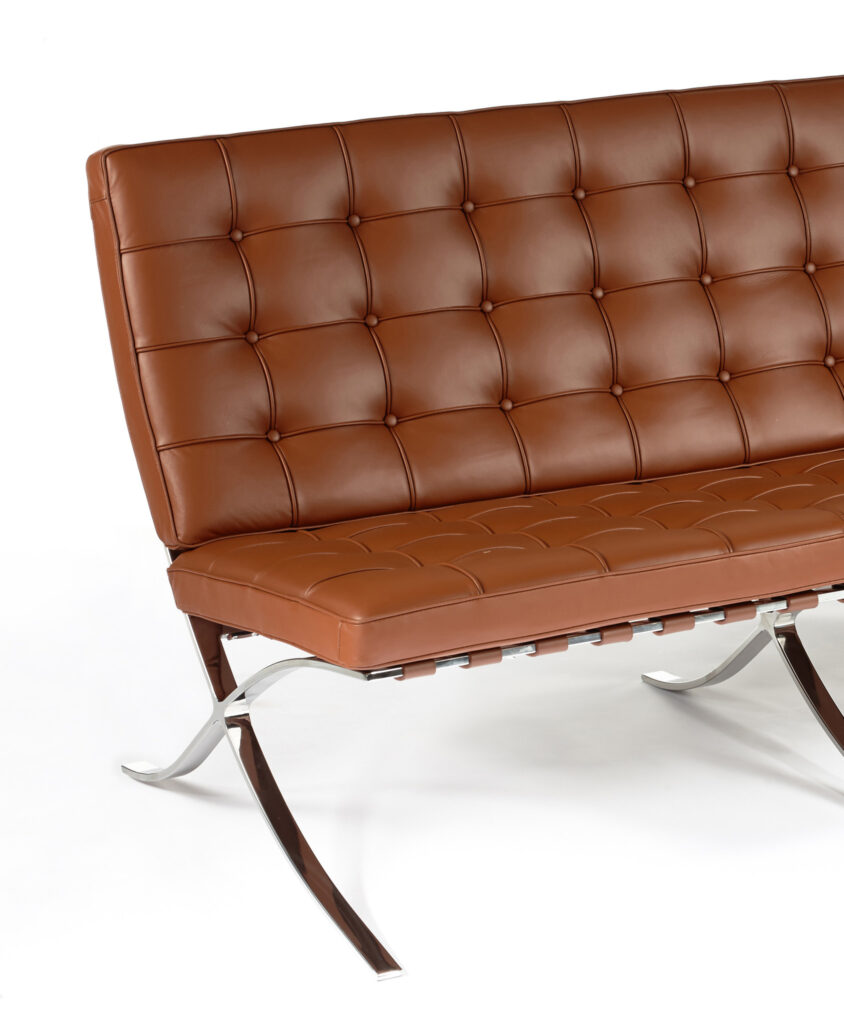 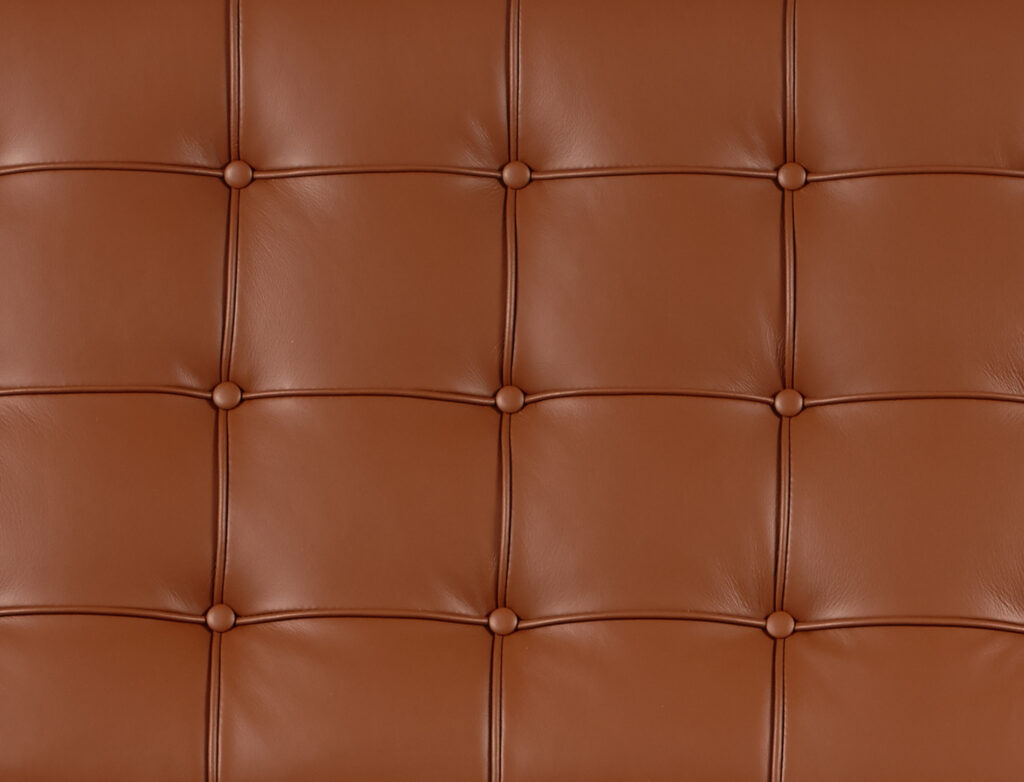 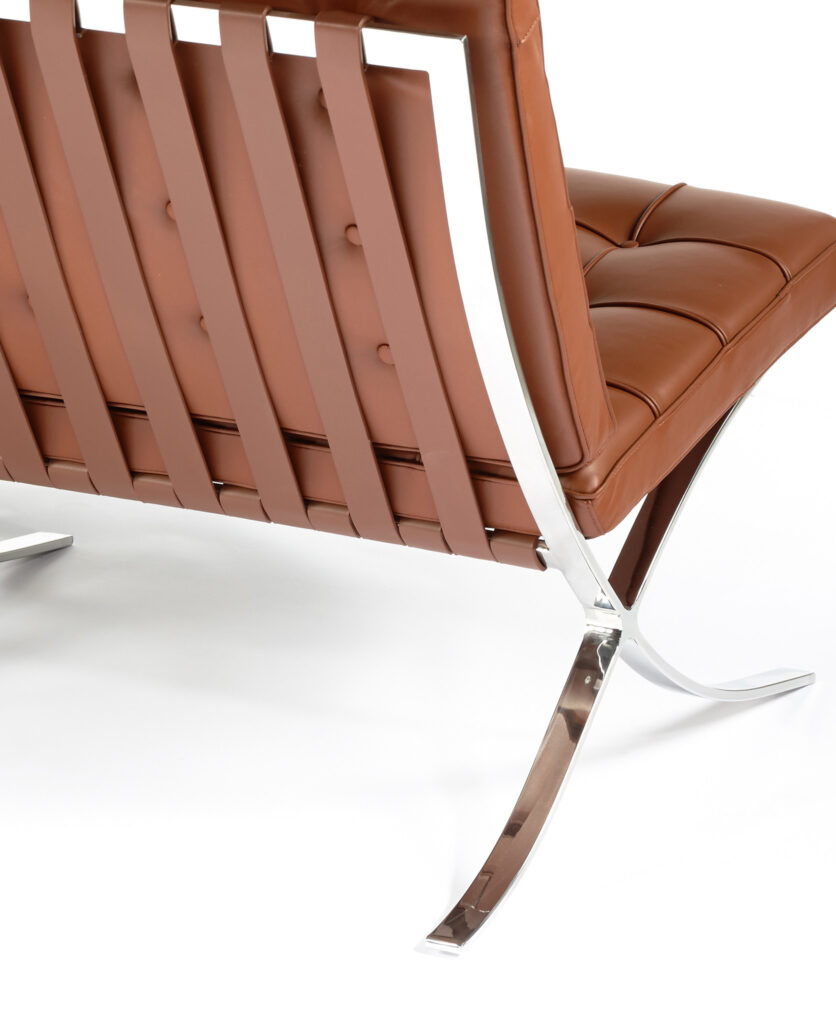 The Barcelona chair was designed in collaboration with interior designer and companion Lilly Reich in 1929, and has been an ascetic staple in the foyers of architects, design companies, and knowing professionals ever since.

Remaining true to his "less is more" philosophy, Mies van der Rohe's Barcelona chair speaks a thoroughly contemporary design language, the same language in which his open, glassy and geometrical buildings can be understood and enjoyed. Functional, or uncomfortable and merely pleasing to the eye? That point is still under debate, but tellingly, over 85 years later the Barcelona and Brno chairs are still being manufactured and sold in great numbers, officially by US-based Knoll, and as unlicensed replicas.

This chair can never be cozy and belongs only in waiting rooms. After twenty minutes you are ready to get up because there are no armrests.

Whether a piece of furniture requires armrests to be comfortable or not is a matter of conjecture. Do most people fill their home with ugly, bulky, puffy, but convenient couches? I suppose the versatility of furniture depends on what you’re going to do on it—sit and read a book, sipping tea, or blob out for hours in front of a TV screen. I suspect Barcelona furniture was not created with the latter in mind.

Tom Wolfe also hated and dammed it as overpriced object of fetish in his 1981 book, From Bauhaus to Our House, “The Platonic ideal of chair it was,” he wrote sarcastically, “the most perfect piece of furniture in the 20th century. When you saw the holy object on the sisal rug, you knew you were in a household where a fledgeling architect and his young wife had sacrificed everything to bring the symbol of the godly mission into their home."

Designed for the German Pavilion at the 1929 International Exposition in Barcelona, the Barcelona chair is one of the most recognized objects of the 20th century, and an icon of the modern design. The apocryphal story is the chair’s genesis came when an opening reception was scheduled at the Pavilion, and two chairs were required for guests, the King and Queen of Spain. In stepped Mies—the metal “X” form—possibly taking inspiration from ancient Roman Curule chairs. The Barcelona chair was first used in a home context in Villa Tugendhat, the modernist house designed by Mies in Brno (Czech Republic). 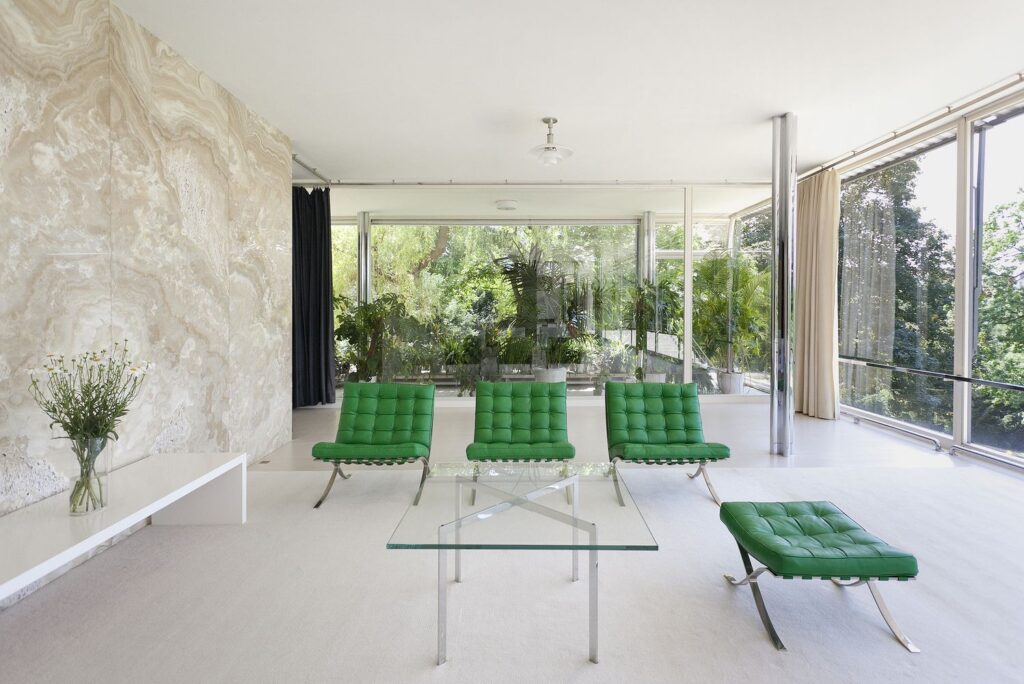 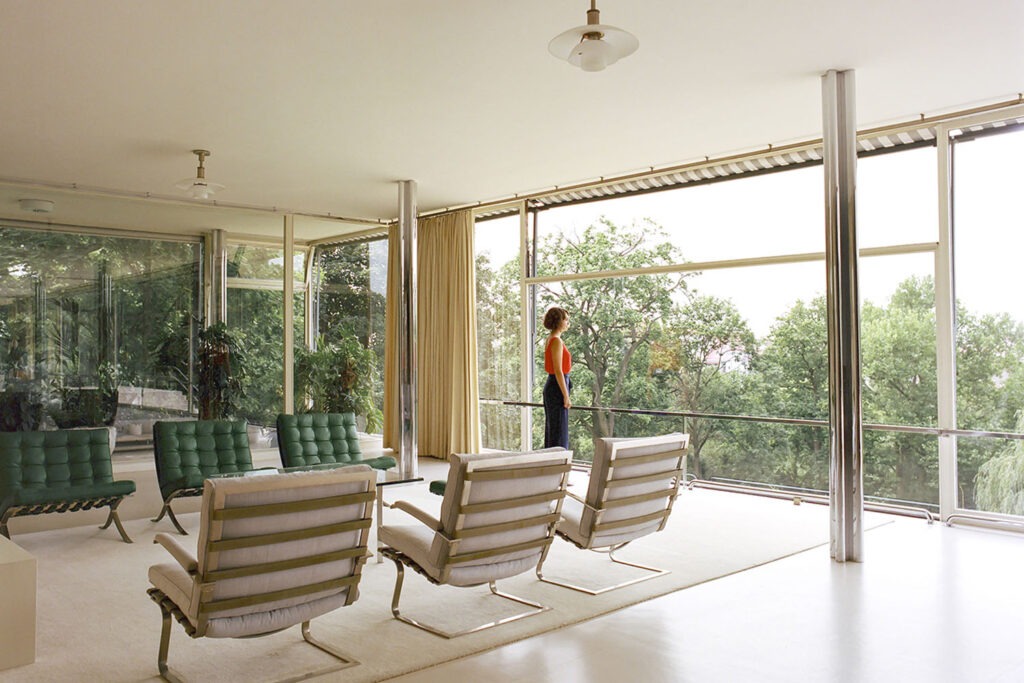 I visited the Tugendhat House in winter 2016, traipsing around foot-deep snow in the the front yard to get the full view looking up at the ivory structure. Abused in turn by the Nazis, the Russians (who used it as a stable for horses) and the communists, most of the original fixtures and fittings of the building were lost, as was its soul, until restoration took place between 2010 and 2012.

Areas are open and light. An onyx wall is partially translucent and changes appearance with the sun. The magnificent view from the villa, an integral part of the interior, brings man-made and nature together. Photographs do not convey the feel of the building; you must move around and experience the space. It’s decked with green Barcelona couches and brown Brno chairs.

The Brno chair—with its slender profile, clean lines and chrome-plated stainless steel, was specifically designed by Mies for the Brno house, and takes Zen-like simplicity to a new level. It comprises a single piece of steel bent into a C-shape from the middle of the back, round past the front to create arms, and back under to create a cantilever; the seat and back are upholstered in leather. An instantly recognizable furniture classic, you can purchase them today in two versions, one in tubular and the other in flat steel. 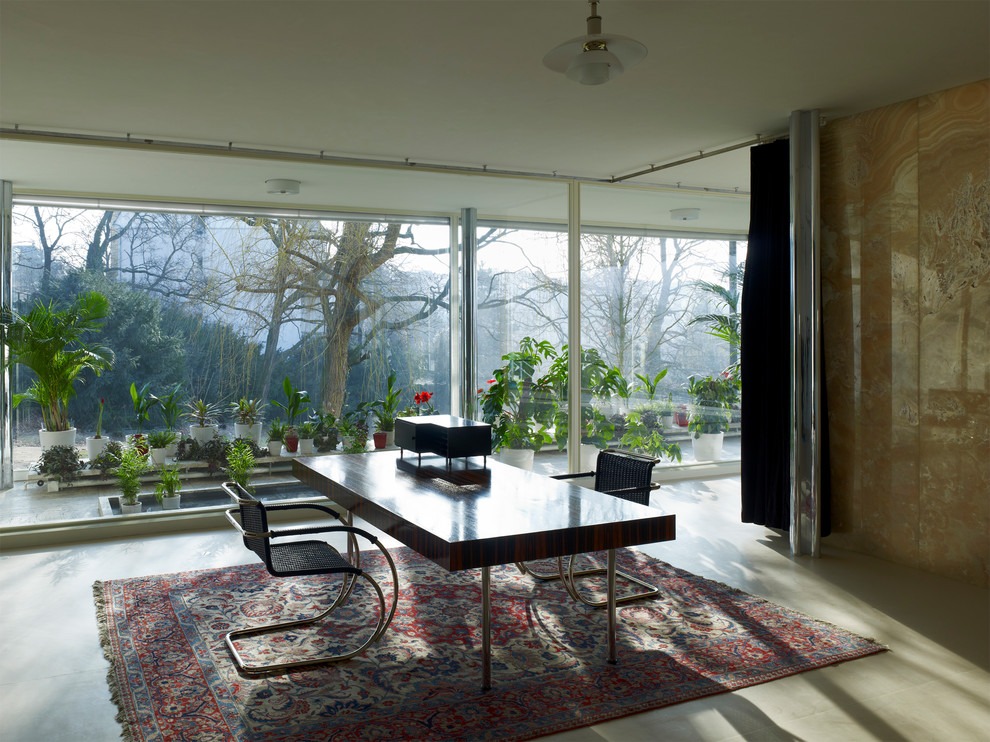 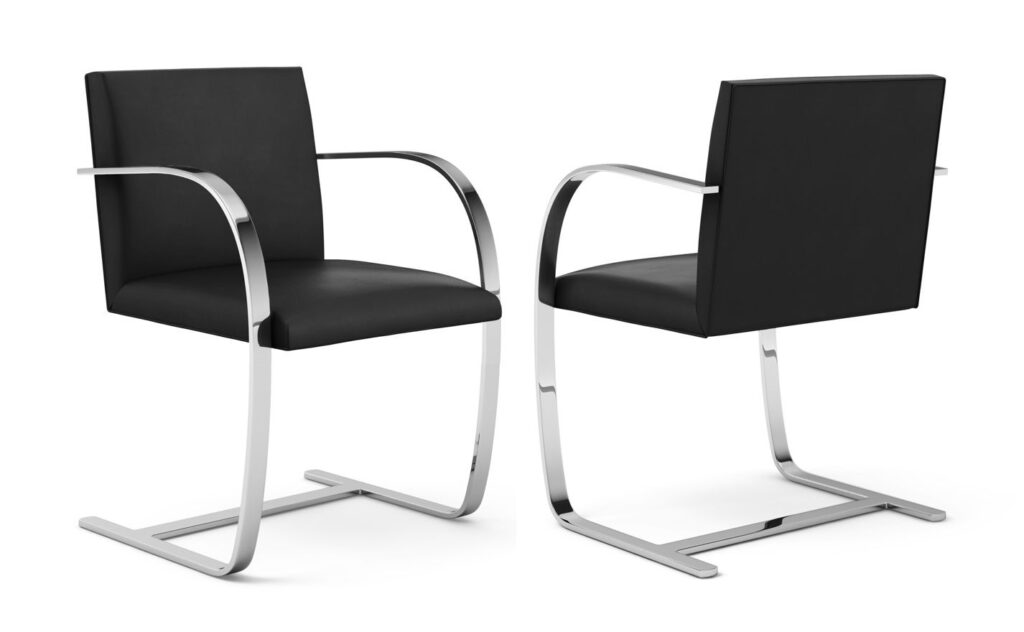 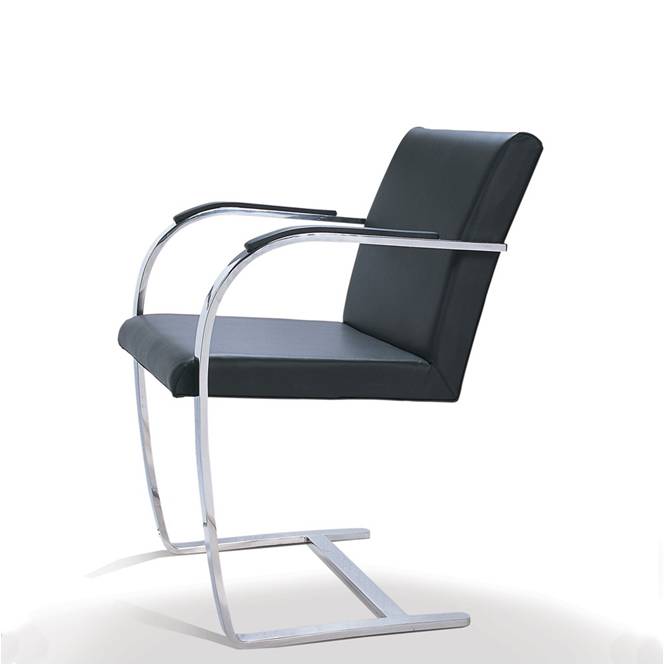 Classic design is forever, and in this light, the Barcelona and Brno chair are nothing short of triumphs, and definitely not just for the office foyer. In the right clean living space where they can breathe, they bring class and life; functional, enduring and beautiful to look at. I wonder if I will ever get my Barcelona couch and close-to-empty white room? Perhaps it depends on my cat-wrangling skills? I hope I “make it.”

Back to Nip/Tuck. Logan is given the keys to Christian's office. After putting down a name plate and polishing the desk, Logan strips off all his clothes and rearranges the cushions on the couch. Christian and Sean walk into the office and discover him furiously having sex with the couch. Logan tells them he struggles with an unusual fetish. Sex with furniture. Who knew?

Logan returns later to collect his belongings and offers to pay for the cleaning. He asks the cleaner: “You aren't going to use any toxic chemicals on her, are you?”

The Barcelona and Brno chair are just the kind of furniture fetishists like Logan, would love.