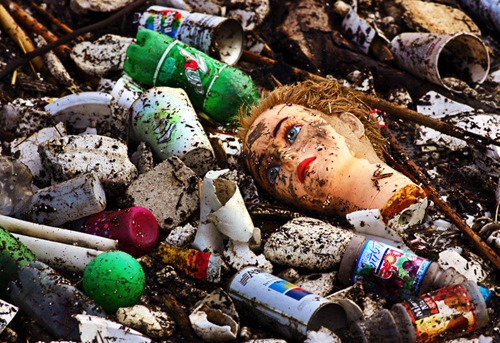 One thing's for sure—you can never get enough of what you don't need. Advertising tells you what you really need is an electric toothbrush to massage anti-plaque, whitening toothpaste all over your porcelain-white teeth. A smart phone. A pet rock. Things which make life easier, some might say. Things which make life worse, others would argue. Things which no one stopped to think of the negative ramifications on our world and lives before hurling them with abandon into the whirlpool of the free market. Product lines expanding, companies growing, and innovative disruption building new business models. Growth for the sake of growth, remember, is the ideology of the cancer cell. A by no means comprehensive list… of things we didn't, don't, and will never need.

What consumerism really is, at its worst is getting people to buy things that don't actually improve their lives.

Why do we need all these cars on the roads, or in fact the roads to begin with? Was ditching the horse a bad idea? Wars are fought to control the oil necessary to power cars, but no war was ever begun over vast stockpiles of oats. If everyone had a car in China there would be no room on the roads to drive them, and nowhere to park them. Some say cars make you more mobile, but I’m sure the average LA executive trapped in two-hour gridlock isn’t feeling especially mobile. Love of cars is illogical. They are dirty, smelly and kill people. Undesirable features in a mode of transport aimed at making life better. Somewhere in the rush to advance transportation in the 20th century there was a chance to take the various technologies we have and juggle and combine them into some kind of mixed public/private ownership system that gets us from A to B in a state of mind not swinging from suicidal to homicidal—and isn’t death to the environment. We didn’t. 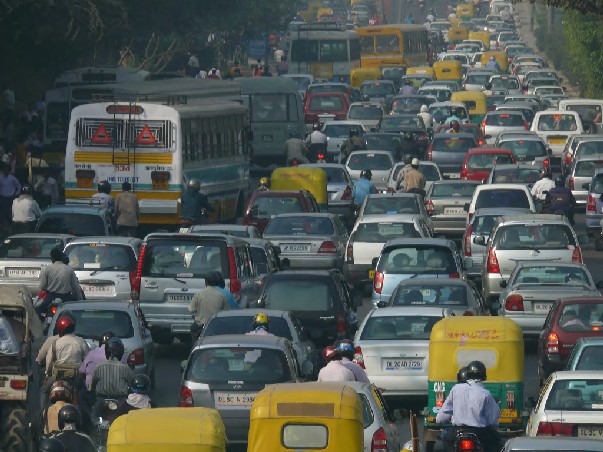 "Anticipation of a joyous, carefree vacation are abundantly realized when a Ford closed car provides easy access to town or country." (Ford Advertisement 1924)

#2. All kitchen appliances other than a blender, jug or toaster

As far as appliances go, a jug, toaster and blender are, fairly useful. Indispensable, perhaps. You need a morning toast, coffee and smoothie, and these appliances make it happen as painlessly as possible. But pantries are filled to overflowing with muffin makers, ice cream makers, waffle makers, pancake makers, popcorn makers, deep fryers, pizza makers, hot dog makers, baby food makers, crepe makers, cupcake makers, square egg makers (it exists), and pie makers... taking up space... gathering dust. Or are there households that have a very long bench top lined up with all these single use appliances because they use them? Daily. Pizza maker: use the oven. Deep fryer: use a pot. Pancake maker: use a fry-pan like any normal person. 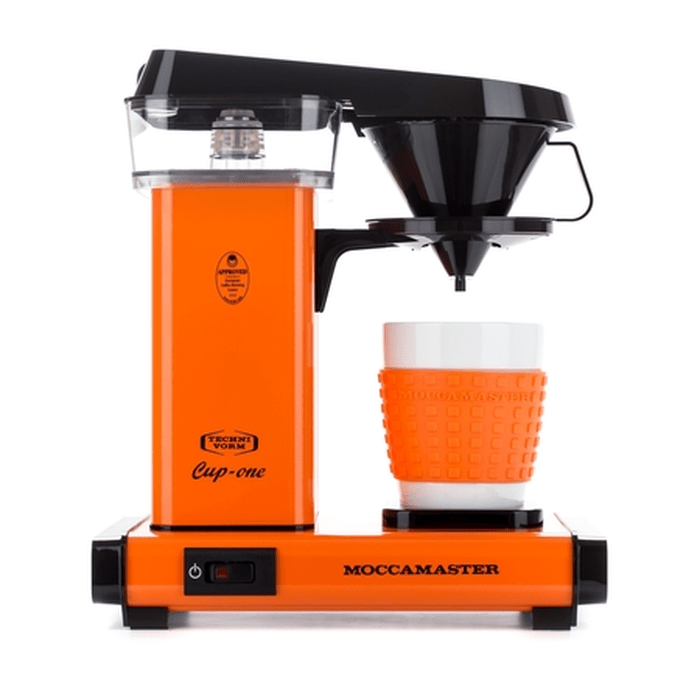 Moccamaster: because we all need a blender slash coffee maker

Picture this (no pun intended): you’re wandering the rooms of a National Gallery, surprised to find yourself surrounded by real art by real artists. Van Gogh. Monet. Not a shark in formaldehyde in sight. You marvel at the composition, the texture, the color, when along comes a human, their phones stuck to telegraph-pole-like stick. They stand in front of the painting, smile inanely and take a photo. They then move onto the next painting and do the same ad nauseam. Never looking at anything. Clearly they have never taken the time to read Eckhart Tolle and consequently do not channel The Power of Now. These are people for whom existence flashes by in the still frames of Instagram. Their idea of living is to look at themselves (and their life, figuratively and literally) passing them by in posts on social media. Lame. Say no. The Louvre actually has. It banned selfie sticks in 2017. 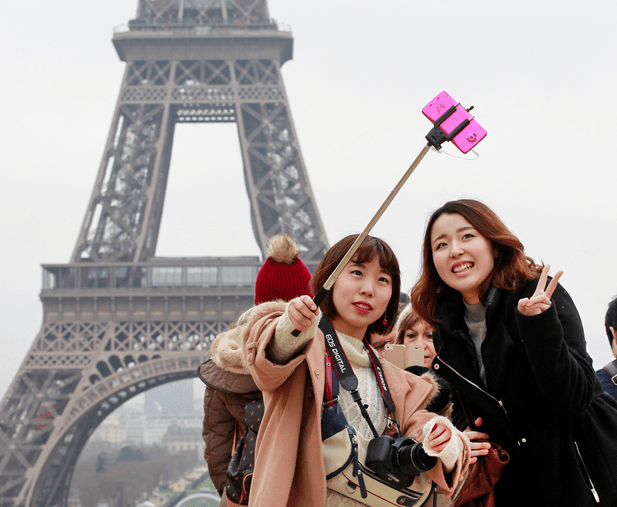 Theories abound that television incites violence, promotes an unhealthy obsession with beauty, and leads to moral decay (admittedly not as frightening as tooth decay)—all of which could be true, but these aren’t the main problem with television. It’s this: television fails as a source of information. The dumbing down of news and current affairs has been one of the greatest losses to society over the past 25 years. The book end format of if it bleeds it leads and feel good animal story—read by plastic faces spitting scripted banter, has killed television as a respectable source of news, and the viewers let it happen. We should have turned it off and played Twister instead. There’s a conspiracy theory for everything. G.W. Bush masterminded a global conspiracy culminating in the 911 terror attacks while struggling to communicate in the English language. I don’t buy conspiracy theories. Another such theory suggests television news got stupid because governments and corporations don’t want citizens to think. Uninformed people can't see lost freedom, nor can they see they've been turned into good little consumers who will shut up and buy what they’re told. Chances of this conspiracy theory being true? Better than 50/50. 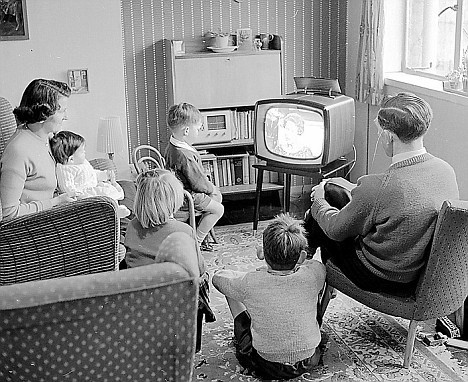 "Dad, since when did TV news become so contrived?"

Through natural selection, our ancestors who preferred sugary high-protein foods were those who survived, so we carry those traits. The problem being, now food is abundant we still want to stuff our faces with it, and no longer have to exercise by roaming vast grasslands to find it. There’s a joint selling junk food on every corner. What would it do for the health levels and obesity rates in America (and increasingly other countries) if you were to travel back in time and assassinate Richard and Maurice McDonald, Ray Kroc and Colonel Sanders? Or would another corporation have come along to serve us not at all tasty or healthy junk food, because they know we want what they tell us, not what we need. McDonalds also seem proud to advertise that they have sold 247 billion beef burgers since opening in 1955. Do the math: you can get roughly 2024 burgers from a cow. 247 billion divided by 2024 equals a grand total of 122 million cows slaughtered so far. Meat, really is murder. Continued below... 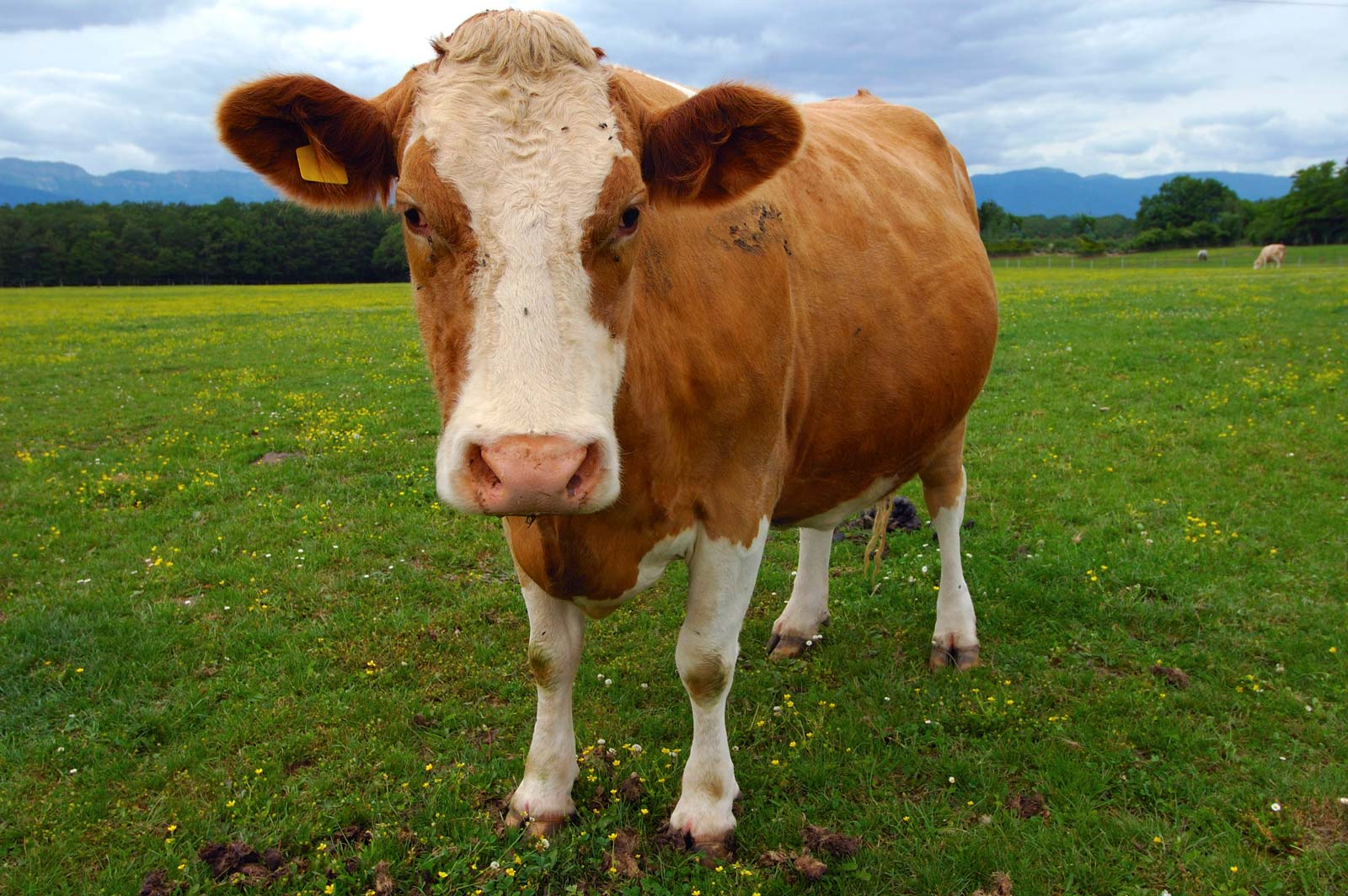 In Belgium they have txting walking lanes. A lane where you have to walk if you want to stare at your smart phone (an oxymoron if ever there was one). So people don’t walk into each other. Or walk into lampposts or rubbish bins. Such accidents have been a problem. An example of disconnection from the world around us or just growing human stupidity? Being able to easily message someone to say “I will be late” is probably useful. Being able to txt and say “Hey wotz up?” probably isn’t. Devices don’t assist communication but become a barrier to it. Social media reinforces human neurosis, feeding dependency as you wait for likes, people to reply, hoping, hoping, checking the phone, detaching you from people and making it easier to ignore the real world. Smart phones ruin spelling and grammar. Neil Papworth, a test engineer who sent the first txt message on December 3, 1992 really should have thought twice. Note: his message read "Merry Christmas" not “mry xmas.” 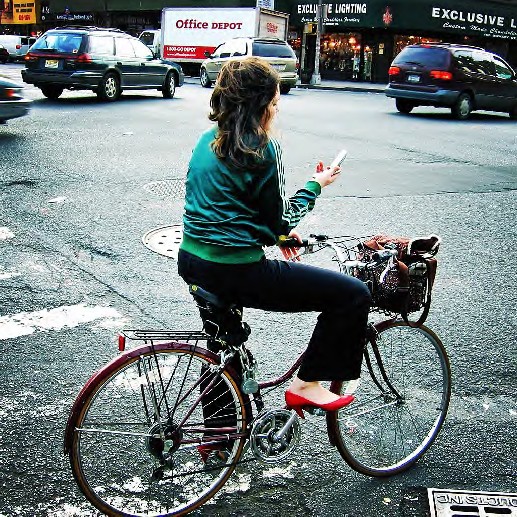 At first there was Superman. Along came Batman. Next Wonder Woman. Fine. Thus a handful of comic books came into being featuring fantastical costumed superheroes. They fought criminals, but didn't use their vast powers to make the world a better place on a global scale. Superhero comics have conceptual holes so big you could fly a Boeing 737 MAX through (assuming you could keep one in the air). Superman could easily distribute food to the worlds starving, replant the Amazon rain-forest and single-handedly end Islamic terrorism. But then what would he do in the afternoon? It mattered less in the early days when superheroes shared newsstands with other genres like humor comics, westerns, adventure stories and sci-fi. Comics, like novels and films once had many genres—something for everyone and also comics for all age groups. An evolving Ebola superheros took over, destroying all other genres, with incarnations of lesser and lesser appeal. What happens when you photocopy Superman? You get Captain Marvel. What happens when you photocopy Captain Marvel? You get Green Lantern. The superhero genre ate comics. Today comics are no longer widespread, but hidden away in specialist comic stores sold to dwindling audiences, mostly used for franchise movies. The movies goers don’t on the whole, read comics. Superheroes killed an art form. Bob Kane has a lot to answer for. 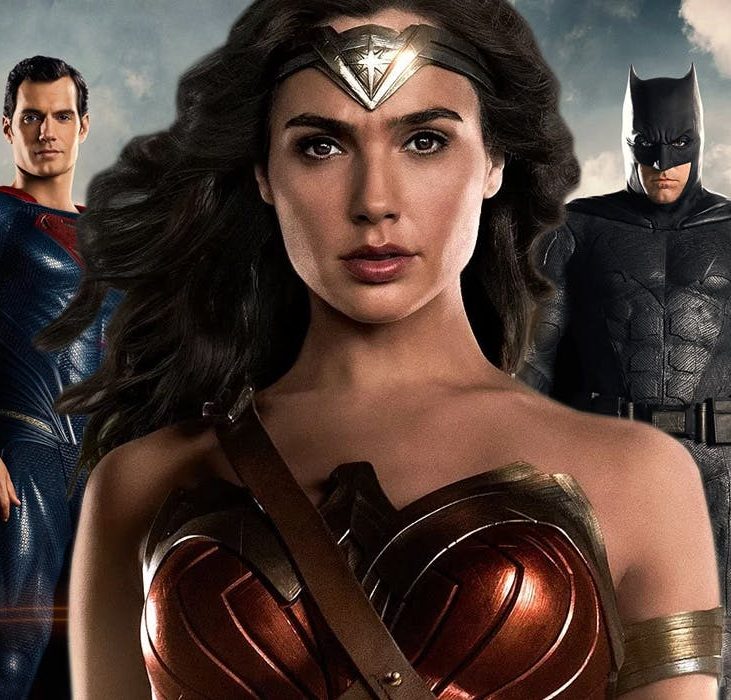 In America, there are approximately 270 million firearms possessed by civilians, and only 897,000 carried by police. Something troubling about that statistic. Guns don’t kill people, people kill people. But automatic weapons enable people to kill a lot more people—and we allow these people-killing guns to be placed in the hands of a general population that let’s face it—comprises a fair high number of dangerous psychotic maniacs. Automatic weapons have no recreational use unless your idea of recreation is shooting up a mall packed with weekend shoppers. (Something admittedly we probably have all thought of doing, but then we’re not all dangerous, gun-toting psychopaths, huh?) The promise of inventions is that they benefit society. They improve our lives. A harmonious more beautiful existence. One without brain matter regularly sprayed on walls.

"The demon in my head keeps telling me to pull the trigger."

The Osmonds and the Jackson 5 were probably the earliest examples of the boy band. New Kids on the Block. Backstreet Boys. Jonas Brothers. One Direction. As one boy band ends another begins. They don’t play instruments so even the phrase in a misnomer. Aimed at young girls they are what they seem—a cynical marketing ploy, yet one with a short life cycle and rapidly diminishing returns. A contributing factor to the death of popular music. A few years ago. A friend’s barbecue. His nine and ten year-old daughters extol the virtues of (let’s say Westlife). Another of his cynical 30-something friends spends several minutes explaining to them that Westlife isn't real. “They were created by record companies to take money from young naïve girls like you!” he says attempting to shatter their innocent dreams. “They are fake and evil!” One girl looked up: “Yeah, we know all that,” she replies. "But we like them, anyway.” 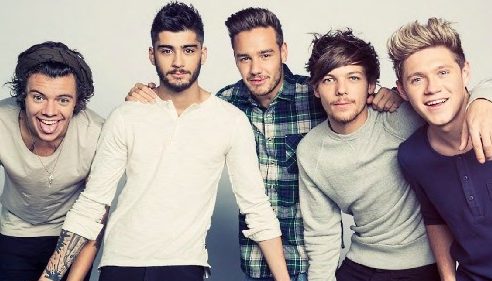 The funny one, the hot one, the Czech one, the dull one, the gay one…

Plastic bottles, plastic bags, and plastic packaging. It all leads to one foreseeable thing: waste. Americans use 2.5 million plastic bottles every hour. Only around 27% of plastic bottles are ever recycled. Most go into landfills where it takes 1,000 years to decompose. Plastic bags and other plastic garbage thrown into the ocean kill over a million sea creatures each year, and much collects in Great Pacific Garbage Patch—a floating island twice the size of the continental United States. Has plastic bettered society and is it a superior alternative to what came before? That’s glass. A glass bottle can be recycled endlessly into glass bottle into glass bottle into glass bottle. Once in the recycling bin it can get back into the consumer’s hands as another glass bottle in 30 days. Glass can break. So people should be careful, but what’s a cut foot to a bloody global footprint? When I was a kid, we’d get a crate of soda drinks from a local factory. The glass bottles when empty went back into the crate, then at the end of the month Dad would pile us in the car and we’d take the crate full of empties back to the soda factory and swap it for one with full soda drinks. This was magic. I’m sure currency was exchanged in the process but I seemed not to notice. What I also did not appreciate was that it was magic—recycling taking place at a local community level. A few years later it got bulldozed and a supermarket selling plastic bottles of Coke and Fanta took its place.

"I could sure use a 7-up right about now"