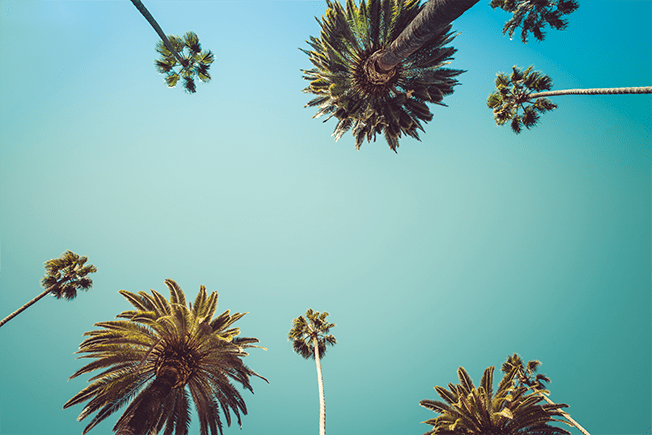 New York has long served as the heart of the media and advertising industries. Los Angeles, by contrast, pumps out a steady flow of popular culture and has its own agency scene to match. This global headquarters for the entertainment and production industries—with a dash of tech innovation—creates a wealth of opportunities for trend-smart ad shops that aren't afraid to draw talent and collaborators from outside the "traditional" marketing world. As clients cut budgets and the storied broadcast TV model evolves, these organizations are increasingly comfortable moving beyond the familiar. Thankfully, their hometown has a wealth of alternatives to offer.

"The idea that the commercial should be interrupting [your viewing experience] is no longer accepted," said R/GA founder Bob Greenberg—and for his agency's L.A. office, this means more partnerships with local production companies like Maker Studios and Fullscreen that specialize in influencer-driven content. "Hollywood's unbundling creates opportunities for both agencies and clients," added R/GA vp and managing director Alex Morrison, noting that eight of today's top celebrities among teens are YouTube stars, and that a near-majority told a recent poll that such "creators" understand them better than their own friends. "There's no better place to have those conversations than in L.A. where programming decisions are made and talent resides," Morrison said.

The products of this trend can be seen in recent R/GA work for Corona, which recruited YouTuber Casey Neistat to promote its Cinco de Mayo Lime Drop event, and Royal Caribbean, which sponsored a millennial soap opera-style series called Royal Crush produced in collaboration with AwesomenessTV. "The new model is very different than asking a YouTube star to read an ad about your product," said R/GA global CMO Daniel Diez.

Omelet has been so focused on embedding itself in the influencer market that it hired Ironing My Underwear star and Red Bull branding veteran Ty Stafford as senior content strategist. "He understands how to make money for brands," noted Omelet chief brand officer Ryan Fey. "Let the influencers run a bit versus telling them what to do and then making a media buy." The independent shop frequently works with local talent native to the film and fashion industries. Digital Domain produced last year's Pokemon Super Bowl spot after working on the award-winning special effects for The Curious Case of Benjamin Button. And Omelet recently collaborated with local production unit GenPop and neighbor Smashbox Cosmetics to create a 360-degree video tour of the latter company's studio.

"It's almost like L.A. is episodic," said Fey regarding the volume of locals with brand-worthy stories to tell. "It's the longest-running series ever."

Omnicom's creative shop went in a different direction by drawing on local talent to create its own internal media channel called Backslash. "It's very much a global editorial unit," said Sarah Rabia, a former journalist who serves as the office's director of cultural strategy and ultimately determines what TBWA's 10,000-plus employees from L.A. to Tokyo will see on their feeds. The official Instagram account @tbwabackslash offers the public a passing glance at what Rabia calls "our collective intelligence around the world" as produced by more than 200 "culture spotters" in 36 cities—each with a "beat" ranging from the hottest subreddits to the newest fashion lines.

Each day the team runs three Instagram posts, one internal all-staff email and a two-minute video that goes live in real time from Shanghai to Culver City, Calif. Recent subjects include the evolution of black masculinity and a mini-documentary starring the curator of L.A.'s Getty Museum. TBWA hopes that Backslash can eventually double as a PR tool, but for now it aims to help the agency deliver more informed work to its clients.

Rabia cited talent, time zone and temperament in explaining why L.A. makes the best possible headquarters for her agency's custom content unit: "We have a very hybrid team, which is what you can take from Los Angeles." 72andSunny worked for the city in a very direct way this year by designing the Los Angeles 2024 Olympic Bid Committee's official logo and website. It also collaborated with locals like Kobe Bryant, Will Ferrell, Jessica Alba and Mayor Eric Garcetti to make a film promoting L.A. as a potential host city for the 2024 Summer Games. And, in a more charitable development, the shop made a short film highlighting the efforts of architect Frank Gehry and nonprofit River LA to turn the river that flows through the city into a reliable water source and public space.

"We're aware of how fortunate we are—this is an electric moment for Los Angeles, and 72andSunny has a seat at the table of so many incredible civic projects," said director of brand innovation Kelly Schoeffel. "This city affords us the creative freedom to do what we love—which is to keep exploring and reinventing how we show up in culture."