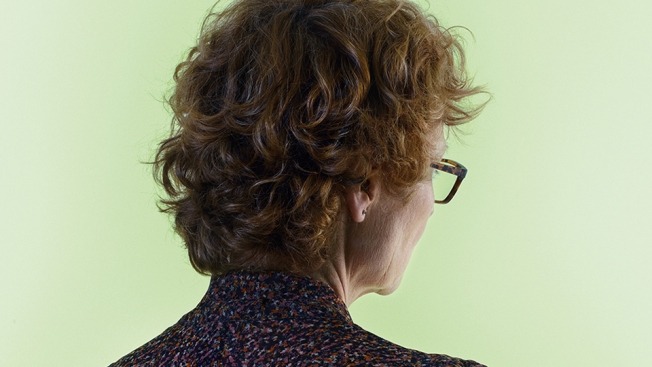 London-based photographer Nadav Kander, whose stunning portraits over the years have included President Obama and David Lynch, among many others, has shot a simple and powerful suicide-prevention campaign through MullenLowe for U.K. group Samaritans.

In a copy trick that's been used a few times before in advertising, the headlines capture honesty in the midst of denial by picking out key words that communicate desperation. The portraits themselves are great—the subjects are facing away from the camera, which quietly illustrates the struggle to cope and the urge to hide one's feelings.

The work was funded by Network Rail on behalf of the rail industry, and will run in railway stations across England, Scotland and Wales. The campaign is expected to run for two years.

The tagline is, "We don't just hear you, we listen," and positions Samaritans as expert listeners who can help people before they feel suicidal—as soon as they start to think that they are struggling.

"This is an incredibly important campaign about the Samaritans' quiet power of simply being there to listen to someone," says Richard Denney, executive creative director at MullenLowe London. "We worked with photographer Nadav Kander, who has an extraordinary ability to bring character to a series of beautiful yet faceless portraits."

"Life's pressures can build, without you even realizing," adds Samaritans CEO Ruth Sutherland. "It's all too easy to turn away, ignore how you're feeling, and put on a brave face. But you don't have to do that with Samaritans. Samaritans volunteers make time for you and really listen to you, because simply being listened to can help you put into words what's really going on in your life and help you find a way through."