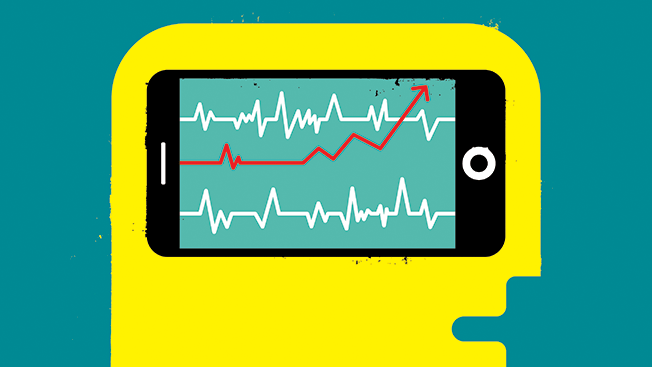 But it's only been in the last decade that neuromarketing, as it's known, has taken hold, with scientists studying the minutia of human response to TV spots, print ads and desktop promos. Now that iPhones and Samsung Galaxies have become ubiquitous, the world of neuromarketing is shifting its focus to unlocking the impact of mobile. To do that, marketers and agencies are turning to emerging technology—wireless EEG headsets, biometric scanners, and facial-and eye-tracking software—to understand the effectiveness of display and video ads on smartphones. And in order to make sense of the tens of thousands of stats, neuromarketing scientists have created algorithms that can decipher how people felt during an ad or how long they looked at one.

"We're realizing that as the world gets more cluttered, and there's more competition for the hearts and minds of audiences, we really need the best tools to measure the whole consumer," said Carl Marci, chief neuroscientist at Nielsen Consumer Neuroscience.

Marci, whose consumer neuroscience startup Innerscope Research was acquired by Nielsen last year, said the industry is in a growth phase, with interest coming from the U.S., India and other parts of Asia. A report by Nielsen for the Advertising Research Foundation revealed that branding resonated less with users on smaller screens. The results found that only 29 percent of smartphone users watching 30-second video ads on their devices watched them in their entirety. While it's greater than the 17 percent who finished on a tablet or laptop, it's much less than the 84 percent on a TV or the 83 percent on a desktop computer.

Other researchers are also starting to disclose results collected from brain activity, visual patterns, heartbeats and facial movements. Ford partnered with Rovio, the Finnish maker of Angry Birds, late last year and hired research firm Spark Experience to see how people viewed various formats of in-game mobile ads. Spark noticed that ads placed right before someone launched a bird—which is an important action in the game—frustrated people more often than if the ad ran in the moment after a successful play. In fact, the viewers looked at the latter option seven times faster, lingered on it three times longer and looked at it three times more often.

"Just because it's in the viewable screen doesn't mean it's actually viewed or paid attention to or noticed," said Spark founder Spencer Gerrol.

In a late-January test at Spark, WPP agency Light Reaction observed how people interacted with banner and interstitial ads while reading news on smartphones. Results will come out at the end of this month, which Light Reaction will then give to clients to show how people consume news on the mobile Web—and how quickly they avoid the ads.

"This [research], to us, isn't just a cornerstone," said Light Reaction scientist Paolo Gaudiano. "It's actually the beginning of a program of creative advertising."