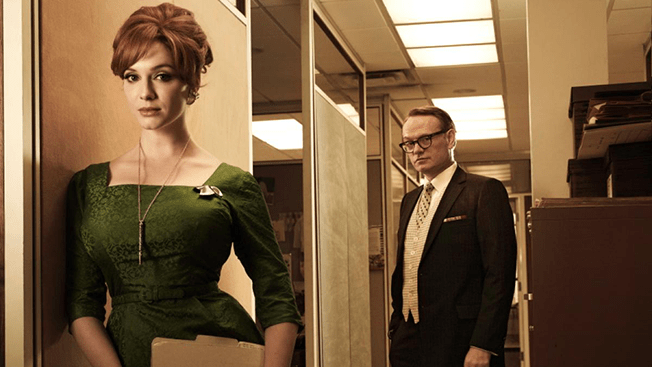 Facing accusations that he made frequent jokes about rape, Jews and African Americans, JWT's global CEO resigned this week, marking an abrupt reversal by his company—and sparking an industrywide moment of reflection.

The allegations that Martinez often mocked women and minorities left many wondering if Mad Men's portrayal of leering, intolerant ad executives in the 1960s truly was an artifact of a bygone era or a lingering reality hidden under a veneer of diversity and inclusion.

To be clear, the case against Martinez and his agency is far from over. Erin Johnson, JWT's chief communications officer, continues to press her lawsuit against Martinez, whom she claims retaliated against her after she complained that he made light of rape and expressed a dislike for minorities. Johnson is on paid leave as her lawsuit works its way through the legal process.

Martinez has not publicly admitted any wrongdoing, nor has JWT or its parent company WPP discussed which, if any, of Johnson's allegations were found to be true. But a week after he denied the accusations and WPP announced that its internal investigation found no evidence of discrimination, the holding company announced Martinez was resigning "by mutual agreement" and would immediately be replaced by chief client officer Tamara Ingram.

While JWT's response to the lawsuit will continue to unfold, the case has already sparked discussion across the industry.

Many of the industry's diversity advocates, while disheartened by the allegations at such a high corporate level, are striking a positive tone and saying now is the time for advertising to prove how far it's come.

"This is a moment where people will look at us and wonder whether there is progress being made. This is the time to redouble our efforts," said Cindy Augustine, global chief talent officer at FCB. "There are lots of efforts being made and I think that will continue; this is definitely not the time to take our foot off the gas. It reminds everyone, whether in the ad industry or society at large, that this is a systemic issue everywhere. We are not exempt."

'No agency is immune'

Earlier this week, a group of crisis experts told Adweek that WPP had erred in defending Martinez too aggressively when the news broke, rather than treating Johnson and Martinez equally. The company put Johnson on paid leave while initially leaving Martinez in his post and assuring clients the claims were unfounded.

Agency leaders interviewed about the case largely agreed that WPP was too quick to side with Martinez. One major agency founder, who asked not to be identified, said he would have immediately put both parties on paid leave as soon as he caught wind of the suit.

A top female ad executive with a legal background, who also asked not to be identified, told Adweek that she was amazed that WPP chose to conduct its own internal investigation rather than hiring an outside party before news of the suit went public.

She added that Vladick Raskin & Clark, the law firm representing Erin Johnson, is well known for its ethical consistency and called WPP's first reaction one of the sloppiest she has witnessed in her career, arguing that the company should have made every effort to prevent the suit from being filed in the first place by working with Johnson on seriously addressing her concerns.

Kat Gordon, an outspoken advocate for gender balance and diversity in the ad industry, said bad behavior can never be eliminated from the agency world, but she said the JWT case highlights how vital it is that agencies are mindful of spotting and quashing intolerance and sexism.

"No agency is immune from instances of sexual harassment. Nor does it indicate a toxic agency environment," said Gordon, founder of The 3 Percent Conference. "The single most critical thing is that an agency has a clear no-tolerance plan in place and that it enforces that policy swiftly and emphatically should proof of harassment be in evidence. The JWT case is a cautionary tale of what happens when an agency fails to take complaints of harassment seriously when they are first raised."

Crisis response expert Peter Sandman was less than impressed by WPP's announcement Thursday that Martinez would resign, which Sandman said is just one of many steps that needed to be taken.

"So Martinez has resigned by 'mutual agreement' between him and his employer. This isn't much of a development," Sandman said. "It won't help create an environment in the advertising industry where harassment isn't tolerated and employees feel it's safe and useful to voice their concerns about senior executive misbehavior."

That level of change, diversity advocates say, is one that can only be brought about by adopting corporate cultures that value inclusion and eliminate discrimination.

"This is a culture question," said FCB's Cindy Augustine. "How inclusive is the culture to make it open to people of all different backgrounds? They must be able to be their full selves at work and to speak up when things are uncomfortable. The easy things to do are opening the door and having people on the other end who are really listening to them. You need people on your leadership team who are willing to create a culture in which employees can feel welcome and included in the organization while knowing that if they have a problem they can go to leaders … who are receptive to hearing what those issues are and responding to them."

Regarding specific initiatives that FCB has undertaken on this front, she said: "We are doing implicit bias training so people understand that biases are part of human nature and that you have to be aware so you can overcome them. We are looking at doing something called 'blind resume,' where everything that will identify someone by race and gender is erased from his or her resume so that when you interview them, you do so based on skills alone and take bias out [of the equation].

"We're pretty proud of our efforts," she said. "We have [global chief creative officer] Susan Credle, and we have Dana Maiman who runs FCB Health, which is one of the biggest healthcare practices out there. Under [global CEO Carter Murray], probably half of the team members are women. We are very proud and we are just beginning, but we don't need to be an exception."

A new era of swift action

"If the JWT allegations are true, the world just witnessed that sweeping it under the rug is a terrible strategy," said Nancy Vonk, an industry veteran who now runs Toronto-based creative leadership consultancy Swim.

During her time as a creative chief at Ogilvy Toronto, Vonk was largely responsible for raising awareness of sexist comments by WPP's iconic copywriter Neil French. After she wrote publicly about his comments that "women don't make it to the top because they don't deserve to," French resigned amid the backlash.

"Maybe at this point we can all agree, there's a better way to address harassment claims," Vonk said in response to Erin Johnson's case against Martinez and JWT. "Now company leaders need to state loud and clear that it's the right thing to do and it's safe to do it. The unwritten rules that have been at play from the beginning of time need to be torn up, and new ones that support employees need to be displayed in neon in our workplaces. Nothing short of consistent demonstrations that claims will be met with swift action, with no penalty to the employee, will convince people they can and should bring their problems forward."

"This could take a while," Vonk admitted. "If history shows [Johnson] told the truth, history will show she was a very brave person who helped us all."

David Gianatasio and Katie Richards contributed to this report.