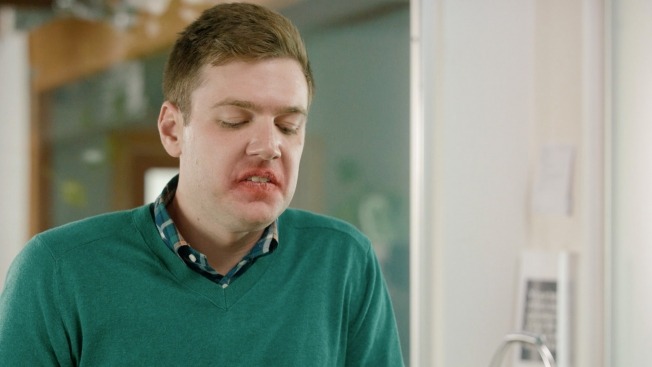 Guys suck when it comes to skin care. Either they do nothing for their skin at all—leaving it dry, chapped and cracked—or they try to use moisturising products on the market, which leave them feeling greasy and gross.

Well, Dollar Shave Club claims to have the answer—a new skincare line called Big Cloud (kind of an odd name, though "Dollar Skin Club," which sounds like an adult establishment, would have undoubtedly worse). And it's introducing the line with some comically awkward ads showing how guys generally can't win with skin care, whether they try or not.

Check out six new spots below, along with an animated anthem.

The ads were created in-house by DSC's eight-person creative team and directed by the Spielbergs—aka, writer/director/actor Alex Karpovsky (best known as Ray on HBO's Girls) and graphic designer/musician Teddy Blanks.

This is the first time DSC multiple videos for a product other than razors. The goal is to help DSC's 3 million members think more about their skin and start caring for it in a way that doesn't leave them oily or greasy.

Adweek spoke to Alec Brownstein, creative director and vice president of creative for Dollar Shave Club, about the new campaign.

Tell me where the "People Notice" idea came from.
We always start with a truth. Always. In this case, the truth is that when it comes to protecting your skin, you're damned if you do and damned if you don't. If you don't use anything to protect yourself, your skin looks dry, chapped or burnt—and people notice. If you do use one of the products in the market to protect yourself, you end up looking like a shiny mess—and people notice. The strategy that led to the ad positioning is the same as the strategy behind the creation of the products themselves: You can protect your skin without compromising.

Did you always want to go with comedy, in keeping with the DSC brand?
Comedy is definitely a part of our DNA, and there's a lot of fun to be had in the situations that arise from greasy or chapped skin. That being said, Big Cloud is a serious brand with very high-quality products. That's why we decided to have fun establishing the need for Big Cloud, but treat the products themselves with respect.

There's a "grossness" factor to the videos here. Is it ever a concern that people come away mostly remembering the ickiness, versus the product?
Most guys do nothing to protect their skin. In fact, they don't even know they're supposed to. Instead of trying to scare guys into taking better care of themselves, we decided to illustrate the funny—and sometimes gross—consequences of not protecting skin or protecting it with inferior products.

Casting is a big part of this. How did you find these folks?
So much of the performance in this campaign is nonverbal, so we set out to find actors and actresses who had great physicality. Our director team, the Spielbergs, tapped into their network of indie film actors, and we landed on some fantastic talent.

Is there added pressure on these ads, given you're venturing beyond razors?
We want all of our ads to work. As with all of our products, we're fortunate that the Big Cloud products are actually really, really good. It's easier to develop ads for products that deliver on their promise. We're confident that this campaign will resonate with our millions of members, and they'll love the Big Cloud products as much as we do.